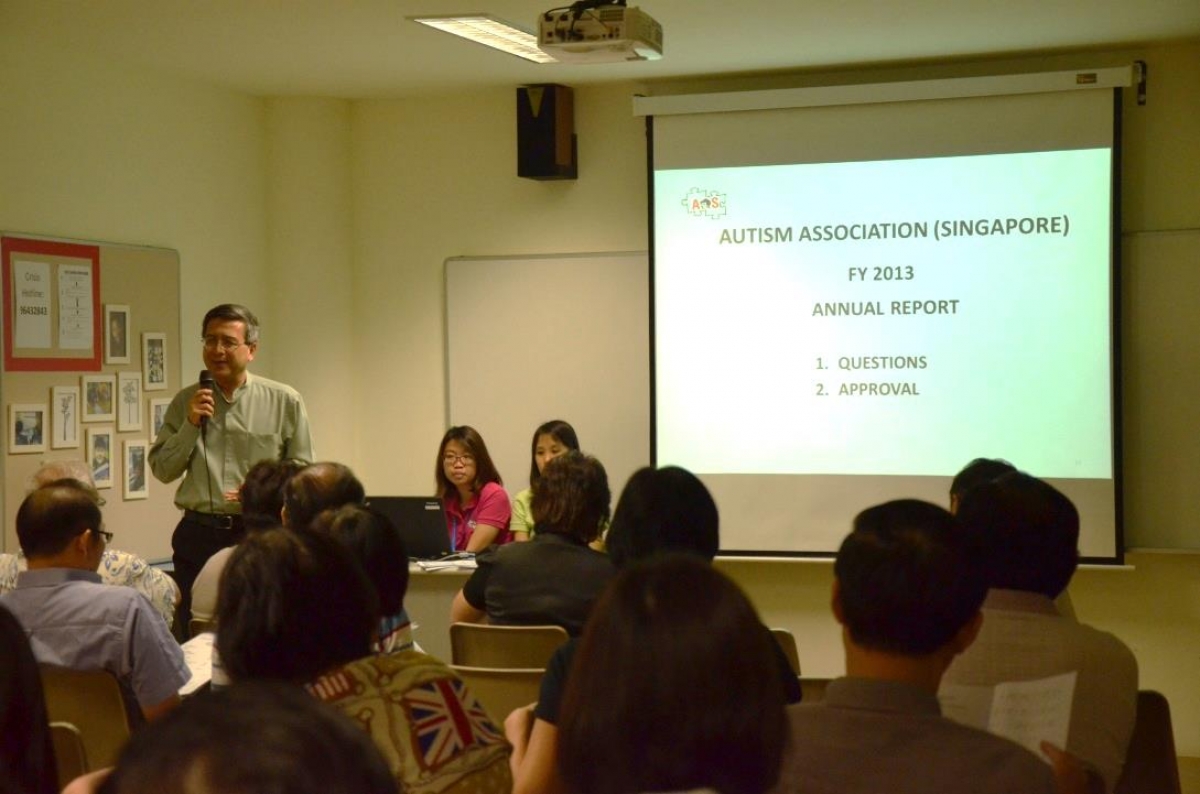 The Annual General Meeting (AGM) of the Autism Association (Singapore) was successfully held on 29 June 2013 (Saturday) at the Eden School.  The AGM was commenced after the announcement made by Ms Denise Phua, a member of the Board of Management of AA(S).

Mr Ho Swee Huat, Chairman of AA(S) started the meeting by giving a speech to thank the strong support from the Board Members, and then highlighted the achievements and progresses made by the Association.

During the AGM, the various performance indications of the Eden Children’s Centres,  Eden School and Eden Centre for Adults were shared by Ms Christy Wong, Head of Centre of Eden Children’s Centre (Simei), Mrs Jenny Lai, Principal of Eden School and Mr Sarayanan s/o Mariappa, Head of Centre of Eden Centre for Adults respectively. Each of them also updated the future plans and initiatives in the forthcoming years.

After the completion of the AGM, all the participants were invited to enjoy a sumptuous high tea served at the Eden Café of the Eden School.